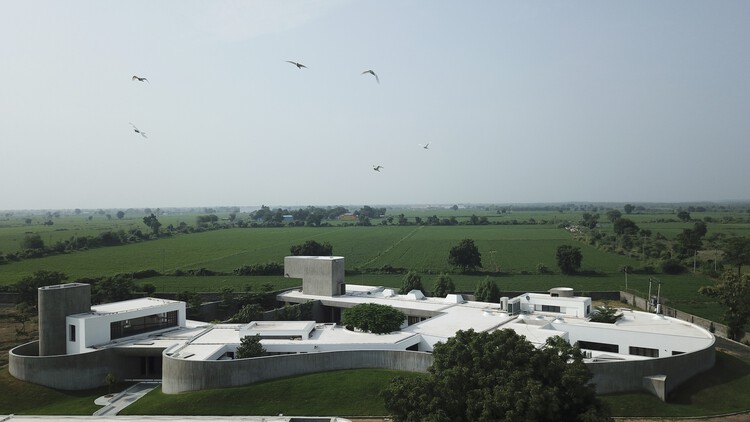 Text description provided by the architects. A spiritual journey is an inquiry into one’s own existence, or rather an inquiry into existence and non-existence and the relation between the two, culminating in the realization of pure existence beyond inquiry. Founder and Creative Director of Ahmedabad-based multi-disciplinary design studio Design Ni Dukaan Veeram Shah’s latest architectural masterpiece “Enclosure” – spread across 2,137 square meters — has been no different, and perhaps the most important learning has been one of self-negation.

How does one design a formless house? This was the primary inquiry from which the conceptual foundation for the project was generated. This led to the designer questioning the very basis of built forms. This caused a shift in the designer’s perception that resulted in an inside-out approach to the design, wherein the experience of space from within took precedence over the external form and a second skin wrapped around the structure, holding the separate parts together and defining a series of courtyards that are intrinsic to the experience of the house. And so, it became a house without elevations, an inward-looking “Enclosure” located in India’s Western state Gujarat’s quaint town Himmatnagar, the administrative headquarters of Sabarkantha district.

The materiality of the enclosure was the product of a parallel inquiry into the logistics of construction in the remote, rural location. The client, who himself had gone from being a farmer to a successful businessman now returning to his roots, insisted on employing local labor so as an experiment a village contractor was asked to build a sample wall in concrete, and the outcome: an unpredictable but beautiful texture caused by the shifting and warping of unbolted wooden formwork; was fascinating. These “anticipated imperfections” were embraced as part of the construction process, even extending this choice to the use of other materials.

The muted material palette of concrete discolored Kota stone, white and wood is occasionally punctuated by a warm terracotta tone: at the main entrance (where it forms the backdrop to a brass Bindu, signifying the point of origin), in the swimming pool, on seats around seasonally flowering trees, and sculptural objects scattered throughout the house and garden. The only other use of color is found in the most private spaces of the house, the bathrooms, with each being rendered in a different pastel shade and dramatically illuminated by turret-like skylights.

The footprint planning attempts to separate public, semi-private, and private zones of the house while maintaining a continuity of flow around a central open space. All parts of the house open onto a courtyard, via a covered corridor, as well as onto smaller, private courts, ensuring that they get adequate light and ventilation while being protected from the harsh tropical sun and hot winds.

In many ways this project directed the trajectory of the studio (Design Ni Dukaan) during its formative years. Disrupted by several delays during Covid-19, it took them almost nine years to finish the project. The span of time, in fact, gave them the opportunity to repeatedly reassess their ideas of what architecture is, of what a design practice should be, and to delve deeper into these questions while still being able to detach from and discard concepts when required. As the project progressed, everything from architecture to interiors to the landscape was addressed to develop a comprehensive design language, and all elements down to the smallest, including furniture and hardware and light fittings, were rigorously detailed and custom-made by their craftsmen. The project was truly a celebration of the act of creation, which has become for us the essence of our design practice.

Tue Jan 17 , 2023
‘NORTH bondi house’ by anthony gill architects    Two decades back, Anthony Gill Architects took on the renovation of a semi-detached brick dwelling in Australia’s North Bondi suburb. Approaching the intervention as both equally the customer and designer, Gill needed to generate a comfortable, fashionable, and productive living house with […] 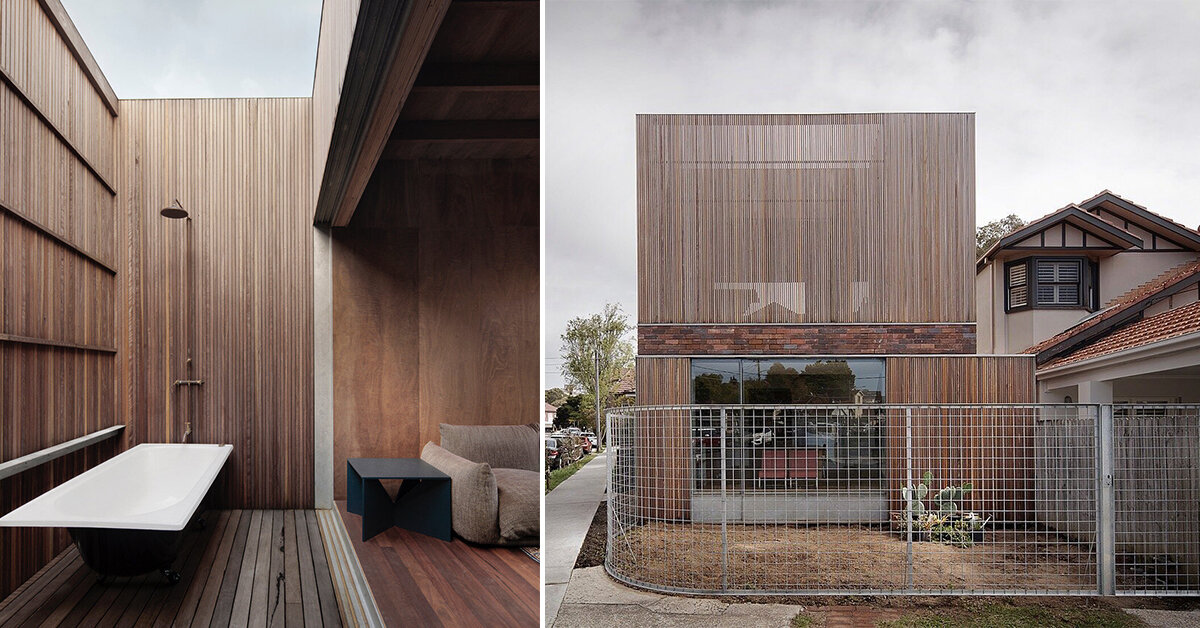